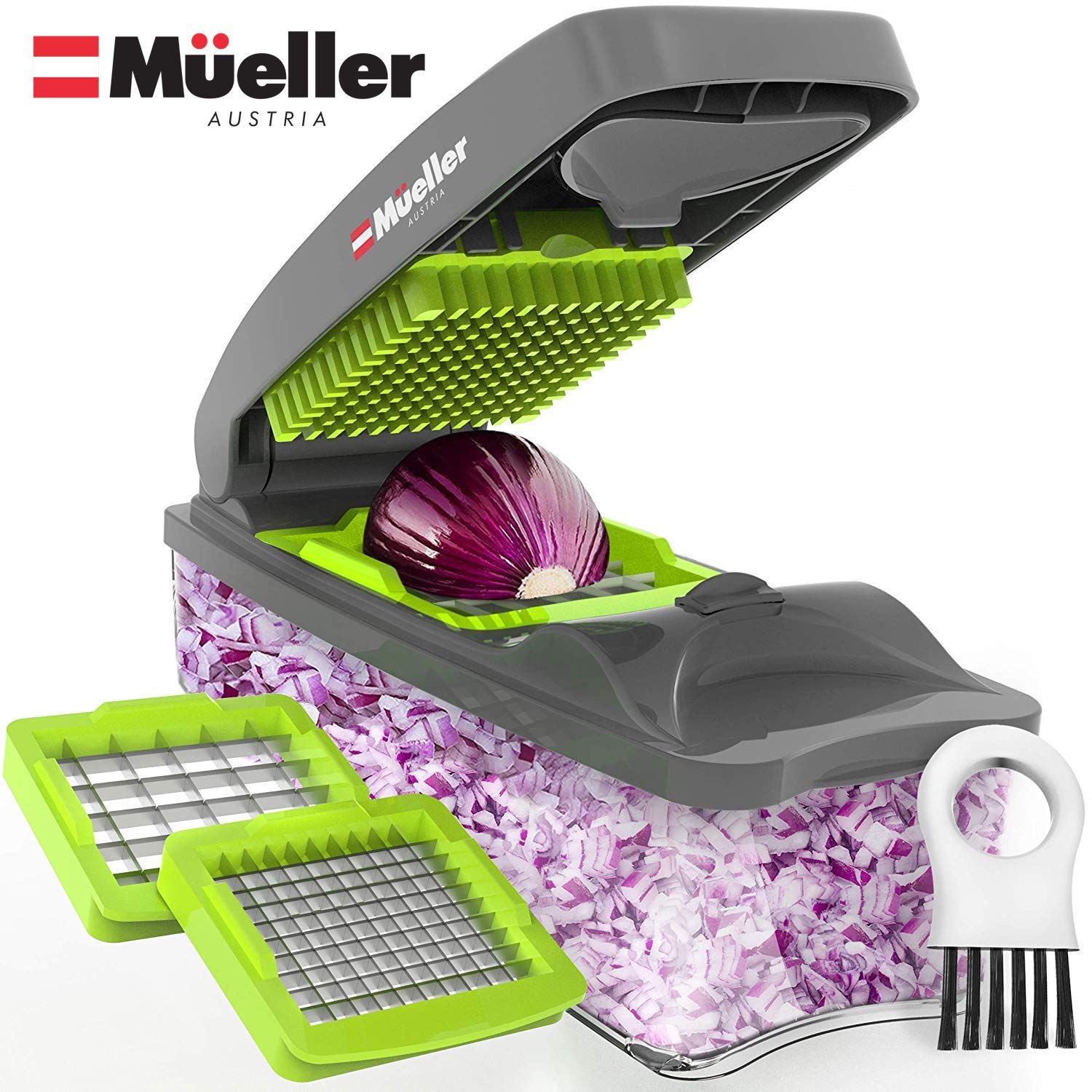 I don’t normally post a lot of recalls, but since I’ve recommended this Mueller Onion & Vegetable Chopper so many times, I wanted to make sure you all were aware that the model M-700 has been recalled. This model was sold from September 2016 through July 2020.

The product’s locking tab can detach from the rest of the unit during use, causing hands and fingers to slide into the blades. I actually have experienced the tab detaching, but I’ve never cut myself. I’m just extra careful to make sure it snaps in securely before using it.

Mueller is replacing the defective units. Simply email [email protected] or call 1-888-990-9066 from 9 a.m. to 4 p.m. PT Monday through Friday to request a replacement.

Calphalon has recalled about 328,000 Pizza Wheels due to a laceration hazard when the handle of the cutter detaches during use. The pizza cutter consists of a circular metal blade that is approximately 3 ½ inches in diameter, connected to a gray hand guard and black handle. The word “Calphalon” is embossed on the top of the black handle. Model number GT112, 1753513 or 1753521 are printed near the barcode on the packaging. The affected pizza cutters were sold at Bed Bath & Beyond, J.C. Penney, Kohls, Target, Walmart and other stores nationwide, and online at amazon.com, bedbathandbeyond.com, sears.com, target.com and other online retailers between January, 2006 and August, 2015 for about $15.

Consumers should immediately stop using the pizza wheel and contact Calphalon for a full refund at 800-809-7267 from 8 a.m. to 5 p.m. ET Monday through Friday or online and click on “Calphalon Pizza Wheel Recall Information” in the center of the page for more information. 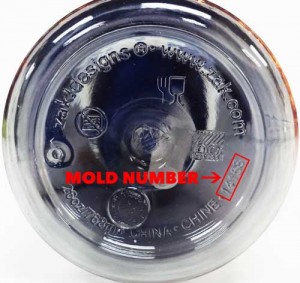 Zak Designs has issued a recall on 26-ounce plastic water bottles. The 10 inch tall bottles have a flip-top spout on a twist-off cap with colored inner plastic straws in clear, blue, gray, green, light purple or red, and were sold exclusively at Target stores in a “Back-to-College” promotion. The water bottles have popular characters on the front (including Captain America, a Batman design, Minions, My Little Pony, Spiderman, Star Wars aircraft, a Superman logo, Teenage Mutant Ninja Turtles, Thor and Wonder Woman) and come in a variety of colors including clear, gray, navy blue, pink, teal blue, gray with colored caps in red, blue pink and yellow. Mold number “14158” and “Zak Designs®” are embossed on the bottom of the bottles (bottles with a black inner straw and black twist-off cap are not included in the recall). The affected water bottles were sold exclusively at Target stores during the “Back-to-College” promotion nationwide from June 2015 through July 2015 for about $10.

IKEA VYSSA SPELEVINK Crib Mattresses are being recalled because they fail to meet the federal open flame standard for mattresses and pose a fire hazard. The recalled mattresses are 52″ long and 27 1/2″ wide, and are white with a blue piping around the edge and an identification label attached to the cover that has the date of manufacture in Month-DD-YY format or YY-W format and the VYSSA SPELEVINK model name. Mattresses made after July, 2007 also have a federal tag at the foot of the mattress. The affected mattresses were sold at IKEA stores nationwide and online at from October, 2000 through May, 2014 for about $100.

Consumers should immediately stop using the recalled crib mattresses and return them to any IKEA store for a full refund. Mattresses that were given in an exchange to consumers for their VYSSA SPELEVINK mattresses in the two previous recalls are included in this recall program. Contact IKEA toll-free at 888-966-4532 anytime or online (click on the recall link at the top of the page for more information). 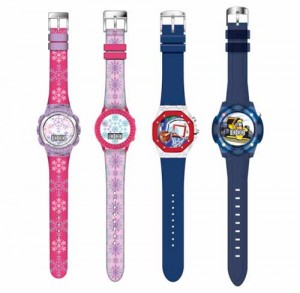 About 1.9 million MZB Children’s “Light Up” Watches have been recalled because the case-back of the watch can detach and expose the interior to water, posing a risk of skin irritation, redness, rashes or chemical burns. This recall involves 303 styles of “Light Up” watches that are identified by style number. A complete list of the serial numbers is listed on the firm’s website. The watches have a flexible plastic wristband sold in multiple colors including pink, pink with white snowflakes, green, blue and navy blue. “MZB” and the style number are printed on the case-back of the watches. The affected watches were sold at Kmart, Kohl’s, Walmart and other retailers nationwide from October 2012 through June 2015 for between $5 and $20. Consumers should immediately take the recalled watches away from children and contact MZB for a refund.

Contact MZB toll free at (888) 770-7085 from 8 a.m. to 7 p.m. ET Monday through Friday or online and click on Product Safety Notice tab at the top of the homepage for more information.