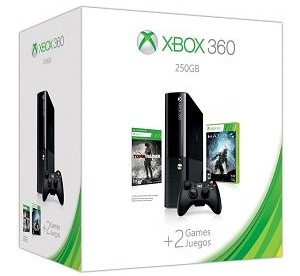 Here’s a great deal available on Amazon today! You will get a $50 credit with your purchase of the Xbox 360 E 250GB Holiday Value Bundle for $199 (after your rebate). Your $50 promotional credit will be applied to your Amazon account within two days after your qualifying order ships. Offer valid when shipped and sold by Amazon.com. Limit one per household.

Thanks, For The Mommas!