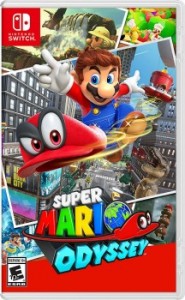 Today from Amazon you can get the Super Mario Odyssey game for Nintento Switch for $59.88! My kids seriously LOVE this game! Definitely a solid buy if you have a Nintendo Switch.